On today's edition of #56DaysofAfrica, we will be highlighting the 20th country of our campaign, Niger.

During the Middle Ages, the western part of present-day Niger formed part of the Songhai empire, established during the 7th century by Berbers and had accepted Islam by the 11th century. It was an important economic crossroad and the empires of Songhai, Mali, Gao, Kanem, and Bornu, as well as a number of Hausa states, claimed control over portions of the area. Dosso was the seat of the Dosso kingdom, a Zarma chieftaincy which rose to dominate the entire Zarma region in Niger in pre-colonial Niger. The traditional ruler was called Zarmakoy or Djermakoy of Dosso. Zinder was a very important commercial city in the 19th century.

During that time, the magnificence of the Sultan’s Palace and its harem were coexisting side by side with the brutality and savagery of the slaves’ traders. During the early 19th century the Hausa states were conquered by Fulani under the Muslim reformer Usman dan Fodio. In the 1890s the French signed treaties with the rulers of the Say, Gaya, and Dosso states, but Niger did not become a formal French colony within French West Africa until 1922. The country takes its name from the Niger River, which flows through the southwestern part of its territory. The name Niger derives in turn from the phrase gher n-gheren, meaning “river among rivers,” in the Tamashek language.

In the 19th century, contact with the West began when the first European explorers – notably Mungo Park (British) and Heinrich Barth (German) – explored the area searching for the mouth of the Niger River. Although French efforts at pacification began before 1900, dissident ethnic groups, especially the desert Tuareg, were not subdued until 1922, when Niger became a French colony. Niger was amongst the last of African nations to be colonized by Europeans, but even after World War I the age of empire was alive and the French had vested interests in the natural resources that Niger held.

After the establishment of the Fifth French Republic in 1958, French colonies in Africa were allowed to hold a referendum on their membership in the French Community, providing a major move towards independence. In Niger, the “Yes” campaign, headed by the Parti Progressiste Nigérien-Rassemblement Démocratique Africain (Nigerien Progressive Party-African Democratic Rally) under the leadership of Hamani Diori, won the referendum, which led to Niger declaring itself a republic within the French Community.

Diori became the prime minister, and France’s Fifth Republic and the Nigerien National Assembly agreed on July 28, 1960, that Diori would govern Niger after its August 3 independence until it could hold elections in November of the same year. Hamani Diori served as the acting first president in independent Niger, proceeded to put in place a single-party system that brutally suppressed his opponents. In 1974, after 14 years in power and with the pressure of the 1970s, Diori was removed from power in a military coup led by his military chief of staff, Lt-Col. Seyni Kountche.

The capital city of Niger is Niamey. Historians debate the early history of Niamey with some arguing it was originally a Songhai fishing village named after the local Niami tree, while others maintain it was founded by a Djerma chief named Kouri Mali. Yet, most agree that the site was inhabited by small numbers of Hausa, Djerma-Songhai, and Wazi peoples before European colonization.

The Hausa is the largest ethnic group in the nation as the others include the Songhai, Tuareg, Fulani, Kanuri, Gurma, among others. French is Niger’s official language then each group speaks its native language, however, Hausa and Djerma are some of the most spoken indigenous languages. 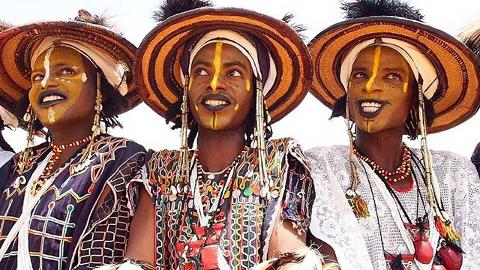 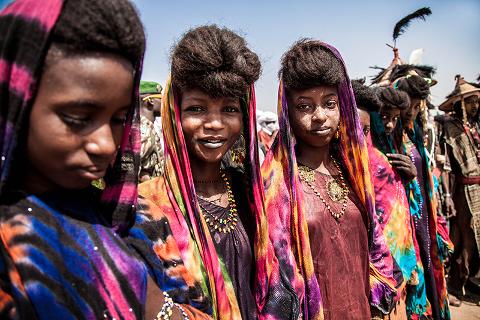 One of the most important festivals in Niger is a celebration Cure Salée (Salt Cure). It’s held annually and each Nomad ethnic group has its own celebration. The biggest celebration you can see at Wodaabé (Bororo) tribe, held in September around small-town In-Gall, in North-east Niger. The festival takes about a week, but two days are major. The exact date is not known, it’s changing every year and it’s announced approximately one month before in depending on rains strength.

Traditional Niger-style djerma, or peanut chicken stew, is the national dish of Niger. In Niger, rice is the main staple and many stews like Djerma are eaten with it. No meal is complete without a flavorful stew or sauce seasoned with ginger, nutmeg, cinnamon, or saffron. Meals in Niger usually start with colourful salads made from seasonal vegetables. 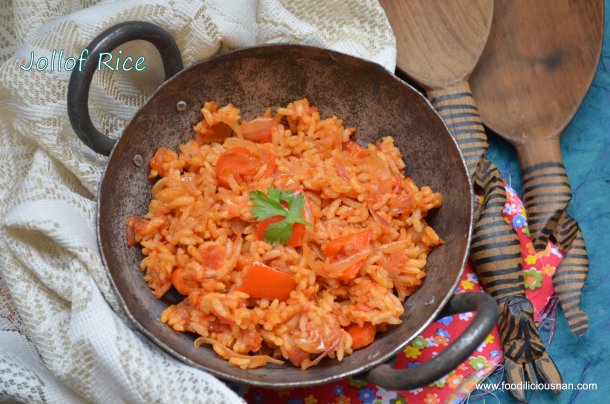 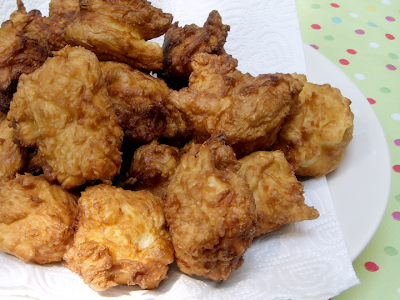 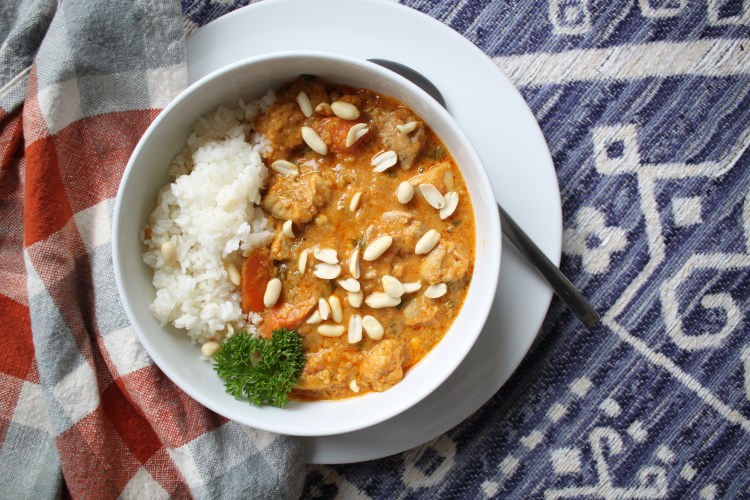 Staple foods include millet, rice, cassava, sorghum, maize and beans.Tea is the most common drink in this country. It is often served in an elaborate ceremony of three rounds of tea. The tea is accompanied by fari masa, a leavened fried dough that is rolled in sugar or spices after frying.

Niger is made up of amazing natural and man-made landmarks. It is home to Gadoufaoua, a fossil graveyard in Tenere desert which contains bones of extinct animals. Amazing find is the fossils of Sarcosuchus imperator, most terrible crocodile in the world which lived some 112 million years ago. Niger is also home to Timia waterfall, a seasonal waterfall in guelta (seasonal stream) in the cliffs of Timia oasis. Agadez Mosque is a prominent mosque in Agadez, Tchirozerine Department, Niger. It was made of clay and is the tallest mud-brick structure in the world 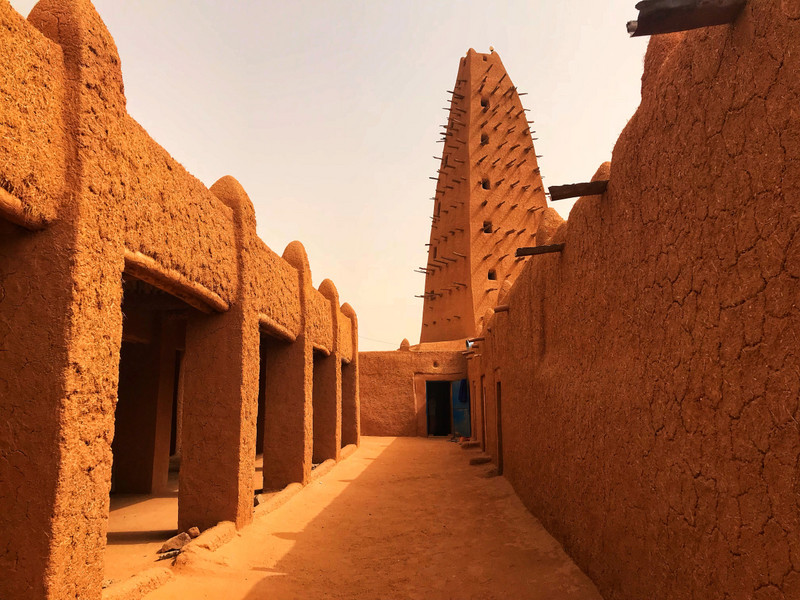 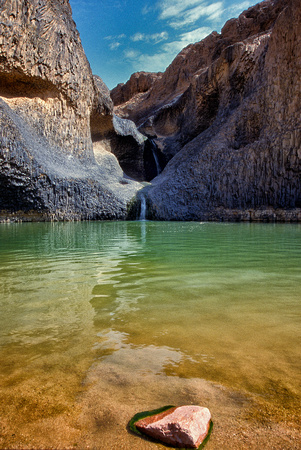 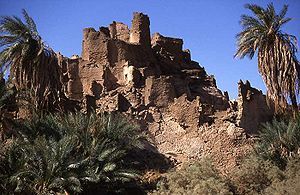 The Grand Mosque of Niamey was built in the 1970s. The largest mosque in the city, features a minaret with 171 steps from top to bottom. Musée National Boubou Hama is the national museum of Niger, it was founded in 1959 as Musée National du Niger. Its first conservator, Pablo Toucet, designed the concept of the museum, according to which it was part of the Culture Valley of Niamey, proposed by Boubou Hama.

With its historical richness, river among rivers is a sight to see and to learn from. We cannot wait to continue to share more information about Niger with you all.