"Veganism" through the lens of decolonization

With an increase in awareness of the detrimental effects animal products have on our health, the environment, as well as animal welfare, more and more people are looking to veganism as a lifestyle choice. Although there has not been any exploratory research regarding this trend in Africa, anecdotal accounts indicate that many African have been "vegan" before the term was coined in recent years. Globalization and the cultural appropriation of traditional African ways have re-labelled ancient practices and made them seem obscure in the places they originated. Before farming started, Africans were known to be hunters and gatherers (the foundation of the paleo diet). They would gather leaves, roots, tubers, corns, rhizomes, bulbs, seeds, buds, shoots, stems, pods or edible flowers and occasionally hunt down game. Due to colonization, most modern African societies are carnistic (centred on meat) and meat features daily in the diets of most middle-class African families.

Our Ancestors Followed A Plant-Based Diet

To many of its advocate veganism is not a new trend – it is simply a return to traditional African diets. “I particularly think it’s important to spread veganism around Africa because it originated in Africa” says Nicola Kagoro, a chef working in South Africa and Zimbabwe. “Our ancestors didn’t eat as much meat. It is through colonization that we learned these crazy meat-eating practices”. Kagoro founded the African Vegan on a Budget movement to show Africans vegan diets can be affordable and filling. She also cooks for female vegan armed rangers group the Akashinga, who fight elephant poaching in Zimbabwe. Tendai Chipara, the Zimbabwean blogger behind Plant-Based African, adds that the plant-based movement is not new to Zimbabwe:

“Our ancestors followed a plant-based diet and they thrived and most died of old age. The food they ate was organic and meat and meat products were consumed minimally. The unfortunate thing that happened to us as people was colonization which led to a massive change to our food production, access to land, and the emergence of processed foods. We now have a high number of the population being affected by lifestyle-related issues such as type-2 diabetes. So I am very passionate about Zimbabwean plant-based cuisine because it is medicine.”

Until about five centuries ago, Africa remained mainly dependent on traditional food. When adventurers and slave-traders came to the African continent, they introduced various crops and the larger-scale domestication of animals for commercial consumption and export. These capitalistic farming methods exacerbated the spread of animal diseases among humans. The nomadic lifestyle of some African tribes, which required smaller herds, also began to dwindle as meat production became a lucrative industry and changed the eating patterns of people on the continent.

According to Kagoro, when Africa was colonized by the West, they started industrial livestock farms for exporting meat. With time, the locals too adapted to it and the plant-based diet started fading. But this Zimbabwe-based chef is not keeping up with the current times; rather, she is going back to the roots. When Nicola Kagoro told her friends that she wants to start a vegan movement in her community, they laughed at her. “Our ancestors were vegan," she said. "We have always been vegan, and that tradition and culture should not be forgotten." Kagoro was referring to the time before the West has colonized the African continent and overthrew the plant-based diet for a meat-based one.

Hummus, injera and tahini, like many other African dishes, have gained prominence on an international scale owing to the increased popularity of veganism. The earliest mention of hummus made using tahini dates back to Egypt in the 13th century, although it is popular in Greek cuisine too.

In research on the world’s healthiest diets, published in The Lancet in 2015, west African countries such as Mali, Chad, Senegal and Sierra Leone, which boasted diets rich in fruits, vegetables and whole grains, topped the list. Ethiopian cuisine relies on plant-based foods such as the sourdough flatbread injera, lentils and beans. Ethiopian cuisine is very vegan-friendly due to strict fasting periods imposed by the Ethiopian Orthodox Church. Thus, during fasting, they are not allowed to consume any animal products. Their meals mainly comprise of vegetables, legumes, and spices during these periods. Injera is a staple flatbread used in place of plates or utensils in Ethiopian cuisine. Stews (called wat) are spooned on top and pieces from injera are used to scoop up the food.

Health and climate concerns accelerated the growth of plant-based diets which were once prevalent on the continent. Conditions such as heart disease and cancer have now overtaken infectious diseases such as cholera and measles to become the biggest drain on Africa’s economies, according to the World Health Organization. Much of the continent is already feeling the effects of the climate crisis – a common reason for reducing meat intake – as more regular and unpredictable droughts and floods wreak havoc for farmers and regularly claim lives. There is a name for this: nutrition transition. This explains a shift in dietary consumption that coincides with economic development. It’s most often used to talk about a shift away from more grain and fiber-rich diets toward processed meat-heavy Western dietary patterns.

Fatimat Adelabu, the author of the blog Je Gbese, says that she grew up eating many meat-heavy dishes. Goat, cow tripe, oxtail, and fish were common additions to stewed dishes. She transitioned to plant-based in 2017 after watching the documentary “What the Health” on Netflix. Stream the documentary here.

“I started off watching it with a bowl of chicken and rice, by mid-way I had placed the half-eaten bowl next to me, and at the end,” says Adelabu. “I was in the kitchen bagging meats from my fridge and freezer and tossing them into my garbage can.”

Chipara, author of Plant-Based African, adopted a whole foods, plant-based diet after being diagnosed with type-2 diabetes in 2018. Prior to that, she struggled with other health issues such as anemia, fatigue, joint pain, and depression.

“I realized that I was going down a slippery slope that would end up with me without limbs, blind or worse dead,” she says. “Looking at evidence-based research the most successful way to deal with insulin resistance is to adopt a whole food plant-based diet.” 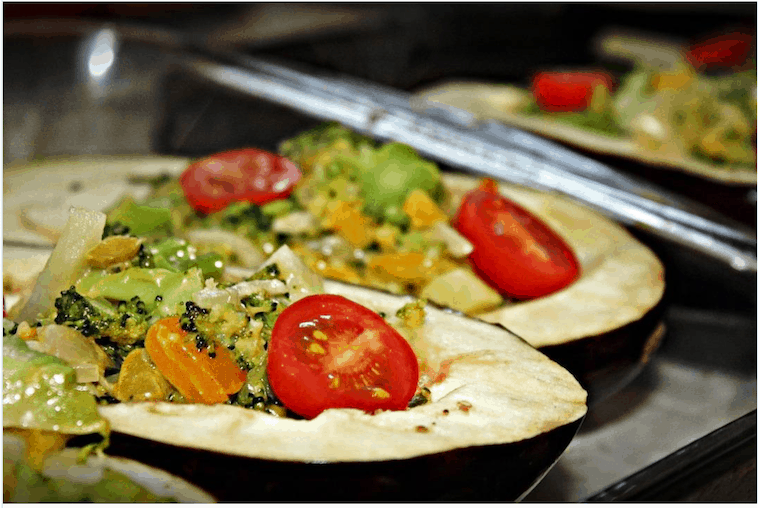 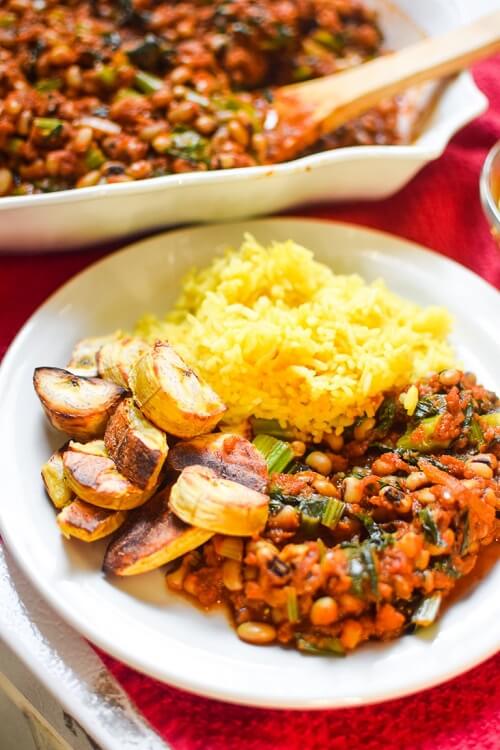 In addition to health-related reasons, many people adopt a vegan lifestyle due to the ethical aspects associated with animal farming. By choosing veganism, these individuals recognize that animals are not ours (humans) to use or consume, and in this manner take a stand against cruelty and exploitation by abstaining from its products and practices.

On a personal note, and speaking as someone who lives a "vegan" lifestyle, many people ask me why did I suddenly decide to change such a big facet of my life. Modernization, industrialization, and colonization aside, the most honest answer I can give is because it allowed the most authentic expression of myself. I could not advocate for life and protecting the environment while I clearly turned a blind eye to the suffering of sentient creatures and the systematic destruction of our environment. My bottom line is and always will be: due to our history, colonization will always have remnants in Africa, our responsibility is our choices and actions. What do you think about veganism as an African?